If you look back, you'll see that I previously labeled these monthly reports "Passive Income" and "Residual Income." But over the years, I've realized that the term "passive income" is not well defined in the online world. It's also not very accurate. Most of us work very hard to build, nurture and grow our "passive income" streams. Of course, even neglected, they may still produce income, and I understand that -- after a year of not posting on one of my blogs, I still get a trickle of Adsense earnings and affiliate sales.

The concept of Multiple Income Streams, however, is a better one for most online entrepreneurs and work at home moms.

My January income is very low. I have been working only minimally over the past two years, and took December and January off completely (maternity leave!) Additionally, my eBay and Amazon inventory stock were both very low after Nov. & Dec. sales. So here it is.

I'm actually excited about starting over with such low numbers. If I can build it all back up to full-time income levels ($5k/ month) working part time from home as a mom, it will give me a great feeling of accomplishment -- and you'll know it's possible for you, too!
Posted by Maria at 2:34 AM No comments:

I know, I am not actively writing about making money online right now, but I am still actively writing online, if that makes sense! I have a couple niche sites/blogs as well as articles on places like HubPages, Infobarrel, Demand Studios eHow, Bukisa, Squidoo and more.

Hands down, Squidoo is outperforming the others.

Don't get me wrong, I'm happy that my 20-ish DS eHow articles are bringing in an average of $90-$110 (I just checked: only a bit over $70 last payment) a month and that's a decent per-article residual rate.

But look at this. I have just four Squidoo lenses under one particular account, and my recent Squidoo payment -- for October's earnings, just delivered yesterday -- was $31.55. I actually only had three lenses then, so that's an average of over $10 per lens from Squidoo, double that of Demand Studios.

Also, I earned $52.54 in cj.com commissions via one of my lenses in October. My DS eHow articles don't have affiliate links at all, but lenses are allowed them. That means in October I earned $84 from the three lenses -- or $28 each.

My writing friend Felicia, who just returned to online writing, asked me how long the articles have been up to give people more perspective  I opened the account in December 2009 (three years ago) and I wrote the articles six months later. So they are about two and a half years old.

I think the uptick in earnings is partially because Squidoo is doing well in the search engines as a whole, and not just because the articles are "older." In fact, Squidoo just posted on their blog about October 2012 being their biggest payout, ever.

Looking at Squidoo again reminded me of how I got started using PotPieGirl's advice (aff. link). I am going to revisit that material and build on my current success with Squidoo to hopefully increase residuals there, affiliate commissions and traffic back to my own blogs and sites.

And I have no further to look for inspiration than my eHow writing friend, Virginia Allain. She is currently making $2,000 a month with her lenses! I am so impressed with her success there. She has 798 featured lenses right now, an impressive feat in itself. Definitely check out her work.

If you're not on Squidoo ... get there! I think it's one of the very best sites for earning residual income from your writing and has excellent potential for 2013. Are you a lensmaster yet?
Posted by Maria at 7:32 AM 6 comments: 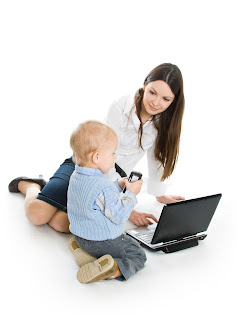 Thank you to all my online writing friends who've dropped me a note during my blogging hiatus ... I am still alive, immersed in a busy, full life as a mom of five (!)

While I've had to scale back my writing and internet marketing more than I anticipated, I'm still working. I don't always blog about it because, frankly, I haven't had much to share with you all that would be beneficial to you ... I've just been blogging, keeping up with social networking in my niche and the usual things we online writers do to get traffic and revenue.

Like many in the online writing field have noted, things have changed quite a bit over the past couple years (the easy days of eHow articles that made thousands are long gone!) Sometimes we're tempted to give up, as if so much has changed that there is no way to make enough money working part-time to meet your needs. I can hardly believe that only 18 months ago I made over $5,000 during a month that I worked only a few hours a week. Those were the days!


But where is the money, and the fun?


Contrast that with May, June and July of this year -- my online earnings hovered under the $1,000 mark for each month. Yes, it's an income, but not the kind of income I'd like to see ... those the five kids like to eat (and go to school)!

Recently, coming out of the fog of a month-long string of chicken pox kids and multiple overnight guests that visited one after the other, I had the chance to sit down at my computer again. And there I was, all the time in the world (at least, a few hours) and I realized my heart wasn't in it. I had the keywords ready for my next set of blog posts, I actually enjoy the subject matter, but I didn't feel the same energy and excitement that I used to.


I wanted it to be fun and enjoyable again, but I barely realized that. I worked on my articles, as my goals and plans I'd penned weeks before clearly outlined that I should, but the enjoyment wasn't there.


Maybe I'm not alone in that. Have you felt "burnout" or boredom in your online writing and marketing lately? (If you haven't, I want to know your secrets!) If you have ... are you just pushing through the pain?
Posted by Maria at 5:24 PM 10 comments:

I earn money writing online and so can you!

Get free work at home tips

Follow this link to get work at home job ideas, online writing tips, and residual income news from me for free via email.

You can also get my blog updates in an RSS reader (nerds like me love this):